Sub out potatoes for fresh masa dough and corned beef for barbacoa and you've got an amazing fusion dish perfect for St. Patrick's Day. The only decision is whether to enjoy these Irish tamales with a margarita or a pint of Guinness.

With the launch of Panhandle Milling’s brand-new masa flour and St. Patrick’s Day on the horizon, our creatives got to thinking: What if we put corned beef inside a tamale?

The result is Irish tamales. We prepared corned beef in the Crock-Pot just as we do every March and mixed up a batch of tamal dough then married the two. The traditional corn texture is on the outside, while on the inside is the rich flavor of corned brisket. Our taste testers couldn’t get enough, especially when paired with cabbage cooked in the Crock-Pot and some hot sauce to kick it up a notch. We’re surprised Carlos O’Brien’s didn’t come up with this fusion dish before we did.

Keep in mind, properly preparing corned beef in the Crock-Pot requires eight hours on low heat, and the tamale-making process will inevitably take longer than you expect — especially if you’ve never made tamales before. For that reason, you’ll want to get started early and may even want to cook the corned beef the day before. And the more people to help assemble tamales, the better. Much like the little red hen, you’ll have plenty of people willing to help you eat the tamales — but to cut down on cook time, you’ll want help with preparation as well.

The only downside to cooking corned beef in the Crock-Pot is the agonizing wait during which delicious smells grow increasingly stronger throughout the house. Keep light snacks on hand to keep yourself sated without ruining your appetite, and be wary of opening the window lest you end up with the neighbors on your doorstep asking what’s for dinner. Goes without saying, we recommend cooking a little more than you think you’ll need so you can cut yourself a taste during the tamale-making process. 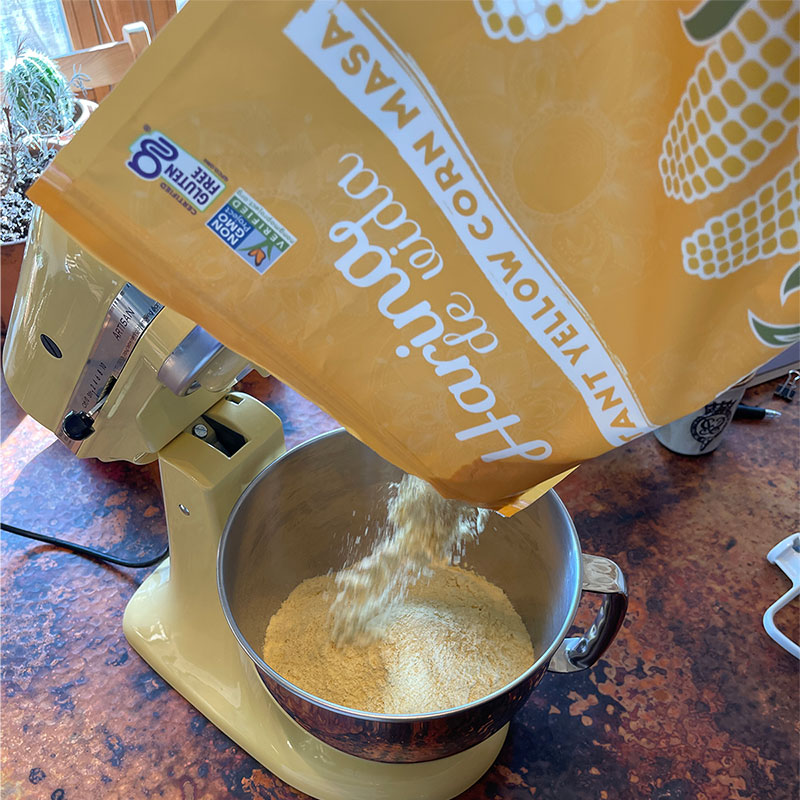 Our Gluten-Free Tamales for Beginners recipe is a great starting point for anyone who has never made tamales before and can definitely be used to make these Irish tamales. However, in this instance, we went a slightly less healthy route, subbing in lard and adding some additional seasonings so the tamal dough would stand out next to the corned beef. Given the nature of St. Patrick’s Day festivities, we felt the added fat content would also help those who decided to have a few more adult beverages than they normally do.

Anyone who has ever made a tamale has their own way to do things, and they’re right: Their way is the best way because tamale wrapping is tough! So whatever it takes to successfully wrap your protein in dough and corn husk, we’re not going to admonish. This worked relatively well for us, but feel free to experiment.

There are many ways to cook your tamales including sous vide and the Instant Pot, but we went with the traditional method of steaming since it doesn’t require any additional gadgetry. 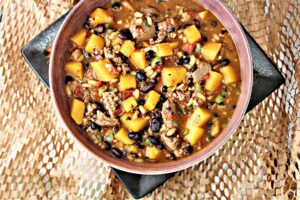 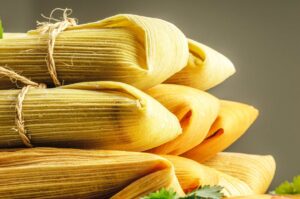 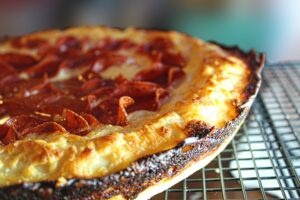